Latest News and Events In Dublin

Events in Dublin
Back

After a multiple award winning and hugely successful run in London’s West End, Irish audiences will finally get to revel in the musical and storytelling masterpiece that is Billy Elliot The Musical. The show comes to the Bord Gáis Energy Theatre for more than a month, an indication of how hugely popular the show is, from the 26th of July to the 3rd of September. Having picked up a plethora of Tony and Olivier awards in its American and UK runs, the show is set to be the most talked about theatrical experience in Ireland for years. Expertly directed by Stephen Daldry and with a magnificent score written by the great Elton John, the show is quite simply as good as it gets when it comes to musicals. 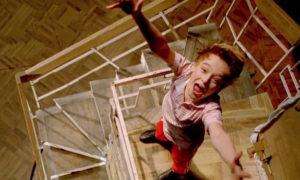 Set against the harsh background of Thatcher’s England and the effects of the 1984-85 Miners’ Strike on a small town in the North-East of England, Billy’s story is at once both harrowing and uplifting. Billy is initially being trained in the more classical boys’ pursuit of boxing but a chance meeting and observation of a dance class reveals to him his true passion for dance, and particularly ballet. Though he revels in the freedom of expression he finds in dancing he is forced to keep his pursuits a secret from his widowed father, brother and community.
Interspersed with scenes of brutality from the clashes between riot police and the striking miners, Billy’s twirls and dips, along with the beautiful heart-felt songs, are in stark contrast to the real struggles of his surroundings. Eventually his father discovers his past-time and immediately bans him from continuing something he doesn’t feel is “manly” enough for his boy. Billy continues in secret however, supported by his teacher, Mrs. Wilkinson, who believes he has the talent to make it into the Royal Ballet School in London.
Unfortunately, a combination of police action and the intransigence of his family see Billy miss his audition for the school. Following this Billy gives up on dance completely for nearly a year and sees it as a futile and divisive element in his life. After serendipitously hearing a song on a music player Billy is once again consumed by the fire and passion of dance.
Considering his life choices and what is really best for his family, Billy’s father has a change of heart and the whole community of tough miner’s gather what little they can afford to send Billy for a second audition in London. The judges are difficult and the working class family are distinctly out of place among the upper crust of London society, so the odds are stacked against Billy but can he prevail and make his great dream a reality?
It promises to be an amazing night for young and old alike at the Bord Gáis Energy Theatre and the inspirational story is guaranteed to touch the heart. Then how better to bring your trip together than setting yourself up in your own luxury self-catering apartment only a few minutes’ walk from the theatre itself. With Your Home From Home you can be at the heart of the action yet only a short distance from your home comforts.

For your chance to WIN tickets to see this much anticipated show, check out our Facebook page for further information.

We continue to welcome guests to our properties during these changing circumstances.

We have adjusted our cleaning and operational procedures over this time in order to give our guests the best experience whilst adhering to government advice on Covid-19. Your safety and comfort is as always of paramount importance to us. If you should have any concerns in this regard or for a future booking.